Dr. Wayne L. Ryan ("Dr. Ryan") and Eileen A. Ryan ("Eileen"), the sole contributors to the Ryan Foundation, were a married couple for nearly 65 years. 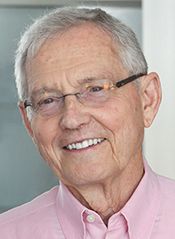 Dr. Ryan was born June 14, 1927, in Corning, Iowa. In eighth grade, a chemistry class piqued Dr. Ryan’s interest in science. This early fascination Dr. Ryan exhibited would end up laying the foundation for a long and fruitful career as a scientist.

At the age of 18, Dr. Ryan entered the United States Navy. He was sent to the Navy’s V-5 program at Doane College in Crete, Nebraska, to take pre-engineering classes, and he ended up serving two years in the Pacific Theatre on the USS Leary (DD/DDR-879) Destroyer.

In 1971, Dr. Ryan founded Streck, Inc. Through his work at Streck, Dr. Ryan significantly advanced hematology and molecular diagnostics with his products which in turn played a key role in accurately and cost effectively diagnosing and treating disease globally. Dr. Ryan was successful in securing over 60 patents during his career. In 2007, Dr. Ryan was inducted into the Nebraska Business Hall of Fame. Dr. Ryan passed away on November 3, 2017. 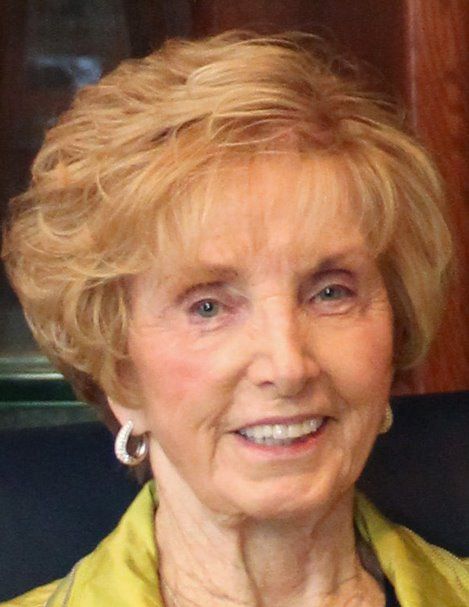 Eileen Krebs was born on July 14, 1928 in Petersburg, Nebraska. She moved to Omaha when she was 14 years old. In Omaha, Eileen attended St. Mary's (now Mercy High School), an all-girls high school. Her early focus on education allowed her to graduate early at age 16. She went on to attend Duchesne College (now Duchesne Academy of the Sacred Heart) also located in Omaha. Dr. Ryan and Eileen married on October 2, 1948, at St. Peter’s Church in Omaha.

Eileen was well known for her kindness and generosity. She was very active in community organizations that lent helping hands to those in need. She was also known to volunteer as a greeter at the Bergan Medical Center. As a devout Catholic, she was a lifelong supporter of the Archdiocese of Omaha, the Jesuits and various catholic parishes and missions. Eileen Ryan passed away on March 7, 2013.

Dr. Ryan and Eileen were active philanthropists during their lives. Their acts of kindness came in different forms, whether it was Eileen paying for a strangers groceries who couldn't afford them, or Dr. Ryan designing a device pro-bono to test astronauts' immune systems in space. The couple was always willing to lend a hand to anyone who needed help.

The couple founded the Ryan Foundation in 1990 to facilitate their giving to charitable causes they cared deeply about. The couple donated their money directly and through their namesake Foundation to many charities, schools, community organizations, and churches. Their most notable donations include a $10 million gift to St. Wenceslaus Parish in Omaha to build a new church building, and a multi-million-dollar gift to Creighton University to build a new athletic center. Both Dr. Ryan and Eileen were avid supporters of Creighton’s academic and athletic programs. In 2009, Dr. Ryan and Eileen received honorary doctor of humane letter degrees from Creighton in recognition of their support. On August 28, 2009, Creighton dedicated the Ryan Athletic Center in their names.

Dr. Ryan and Eileen also donated $1 million to the University of Nebraska Medical Center to establish the Wayne and Eileen Ryan Surgical Simulation Suite, which was dedicated on June 28, 2013.

Eileen made a notable contribution to fund the renovation of the plaza and entrance to her alma mater Mercy High School in 2008. The plaza carries the Eileen Krebs Ryan name.

In 1999, Dr. Ryan established the Wayne Ryan Science Scholarship program, and the annual Outstanding Teacher Award to benefit the Corning, Iowa high school students and educators. Both programs continue to be administered through the Corning Education Foundation.

The Ryan Foundation continues the philanthropic mission of its benefactors by continuing to support organizations that were important to them.

×You've successfully subscribed to The Ryan Foundation
×Great! Next, complete checkout for full access to The Ryan Foundation
×Welcome back! You've successfully signed in.
×Unable to sign you in. Please try again.
×Success! Your account is fully activated, you now have access to all content.
×Error! Stripe checkout failed.
×Success! Your billing info is updated.
×Error! Billing info update failed.